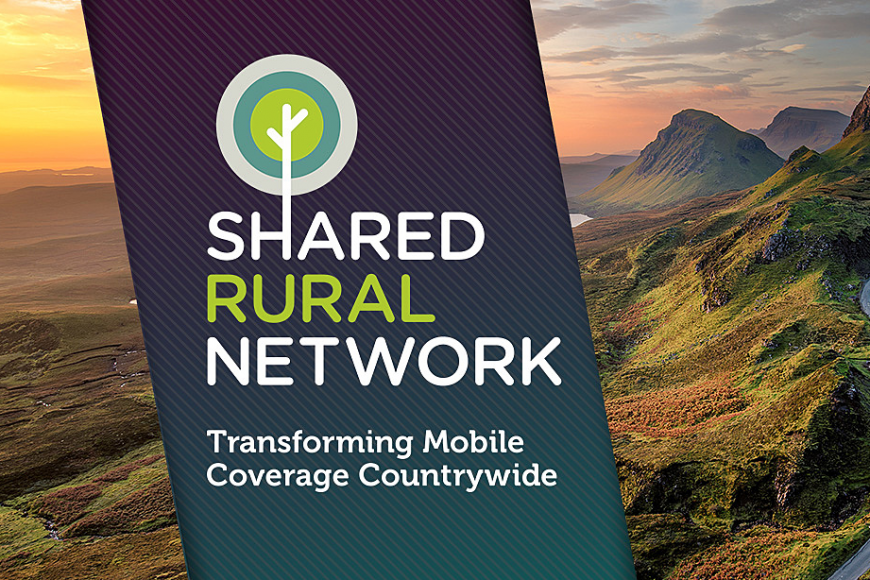 Industry will pick up the rest of bill… yep, this old chestnut again

The UK government is set to release £500m of funding for the Shared Rural Network to improve mobile access in far-flung areas by adding new infrastructure and convincing operators to share their antennas with rivals.

Formally announced in March 2020, the deal also includes the UK’s four mobile providers – EE, Three, O2, and Vodafone – investing in a network of new and existing masts that is administered by a new jointly owned company called Digital Mobile Spectrum Limited. The providers are expected to chip in around £530m of their own money to facilitate this.

The aim of the project is to reduce the number of cellular “dead spots”, extending 4G LTE coverage to 95 per cent of the nation by the end of 2025, with Northern Ireland and Scotland expected to benefit the most. Work commenced in mid-2020, with Devauden in Wales the first rural settlement to receive a mobile upgrade. This was followed by Longnor, a Peak District village on the outskirts of leafy spa town Buxton. 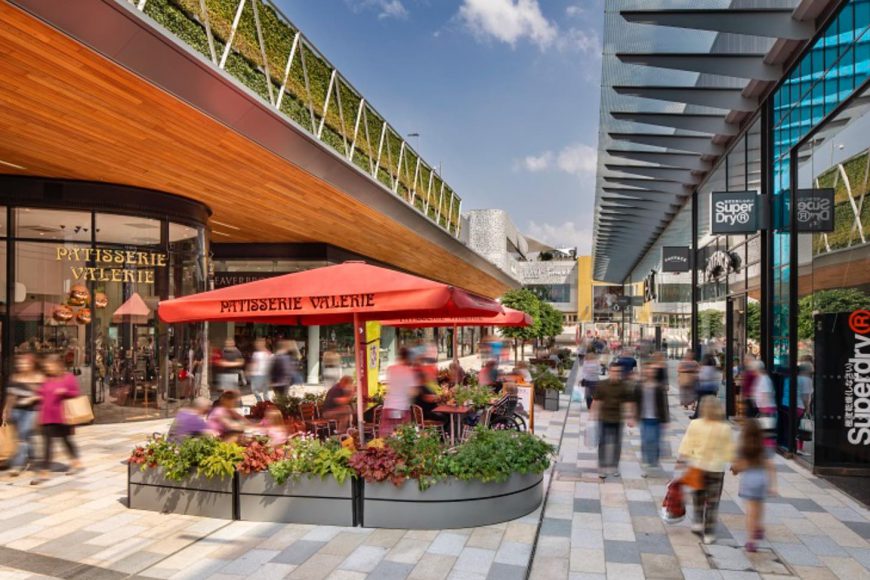 Work to bring full fibre connectivity to communities across the Thames Valley has taken a significant step forward with CityFibre set to break ground on two new town-wide infrastructure roll-outs in Bracknell and Maidenhead. The project marks a major milestone in future-proofing the digital needs of residents and businesses today, and for generations to come.

Construction of Bracknell’s £20m full fibre network is set to commence in less than two weeks’ time, with work on Maidenhead’s £14m infrastructure roll-out on track to begin in mid-April.

VolkerSmart Technologies, which is already undertaking work in Slough and Swindon on behalf of CityFibre, will be constructing the town-wide infrastructure in both Bracknell and Maidenhead. The Jennett’s Park area will be the first location in Bracknell where construction work will take place, with Kidwells Park chosen as the location for the first build site in Maidenhead.

The team will use a range of construction methods while working in close partnership with local communities, the Royal Borough of Windsor and Maidenhead Council and Bracknell Forrest Council to deliver a fast rollout, while minimising potential disruption. Each area will usually take a few weeks to complete; however, construction teams will typically only be outside each home for two to three days. Meanwhile, CityFibre will be in touch by mail ahead of any work starting.

The roll-outs in both locations are expected to reach completion in 2024 but services will go live as areas are completed, enabling people to take advantage of enhanced digital connectivity much sooner.

CityFibre is constructing in many locations across the Thames Valley, including Swindon and Slough where construction began in October 2020. The build is progressing well, with work now underway in the Stratton and Haydon Wick areas of Swindon and in Slough, work is ongoing across the Britwell area, heading west on Farnham Road.

Meanwhile, construction of Reading’s full fibre network kicked off shortly afterwards in January this year in the Norcot and Battle areas, with Instalcom delivering the build programme on CityFibre’s behalf.

As the network is completed in each neighbourhood, internet service providers (ISPs) will ‘light them up’ with some of the fastest and best value broadband packages available in the country. Residents interested in giving their home broadband a boost can find out more about the build and pre-register their interest at www.cityfibre.com/residential.

Speaking of the project, Stacey King, CityFibre’s City Manager for the Thames Valley, said: I’m immensely excited that work is ready to begin in Bracknell and Maidenhead, as well as proud to see the progress that is being made across the region. This is the start of an exciting new chapter for the Thames Valley as it gets ready to thrive in the digital age.

“It’s important to remember that any short-term disruption will pay off tremendously in the long-term – once the network’s built, it will serve the community’s connectivity needs for decades to come.”

Full fibre networks, unlike many of the copper-based ‘fibre broadband’ services available today, use 100% fibre optic cables to carry data at light speed all the way from the home to the point of connection. This gives users speeds of up to 1,000 Mbps for upload and download, near limitless bandwidth and connectivity users can depend on.

A full fibre connection also goes far beyond simply enabling access to the latest entertainment at lightning speed. As an essential digital utility, full fibre boosts households and businesses alike, with experts saying it will drive a range of economic benefits, such as making us more productive and innovative.

Cllr Paul Bettison, Leader at Bracknell Forest Council, said: “It is fantastic that CityFibre is now ready to start delivering this major digital infrastructure investment programme in Bracknell. This will support the regeneration activity we have started within Bracknell and will be vital as our key sectors such as retail look to rebuild.”

Cllr Andrew Johnson, Leader at the Royal Borough of Windsor and Maidenhead Council, said: “CityFibre’s investment in Maidenhead and the wider region is crucial at a time when connectivity has never been so important. This once in a generation upgrade will deliver a town-wide network that will benefit residents, businesses and services. Providing opportunities for new skills and ways of working which will ensure Maidenhead and the wider region remains at the forefront of economic growth as we look to the future.”

CityFibre is bringing full fibre connectivity within reach of up to 8 million homes in towns and cities across the UK as part of its up to £4 billion Gigabit City Investment Programme. 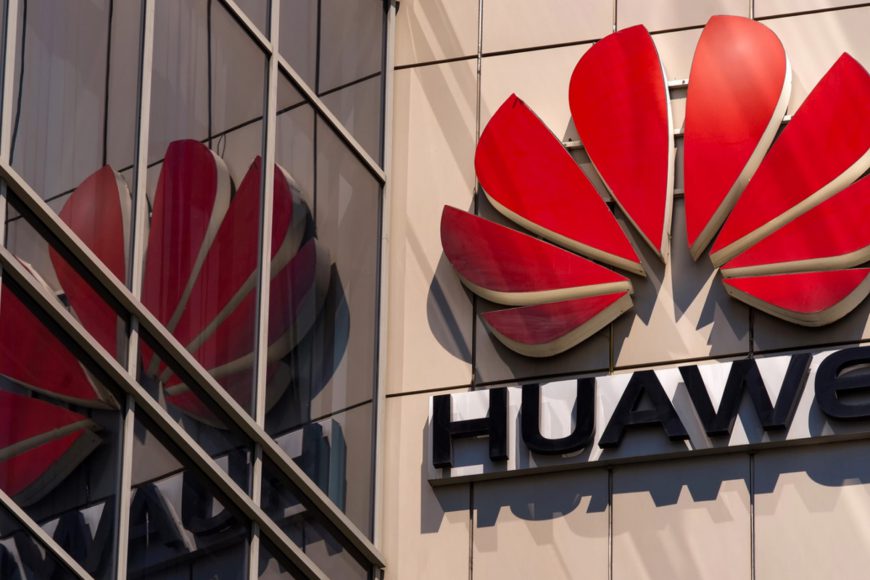 As France’s supreme court rejects the national operators’ challenge against the so-called ‘anti-Huawei law’, Germany’s apparent refusal to legislate a ban individual suppliers could yet mean hope for Huawei.

Under mounting pressure from the US and concerns about national security, throughout 2020 Huawei&rsquo;s prospects in Europe dwindled considerably. From blanket bans on the use of their equipment in upcoming 5G networks, to more subtle measures designed to wean operators from the Chinese equipment, the die has been cast for Huawei in many of its European markets.&nbsp; But each European market is different and some are yet to close the door entirely. In France, Huawei had been looking to improve their prospects when they last month announced plans to build a 5G equipment manufacturing plant in the Alsace region of France &ndash…