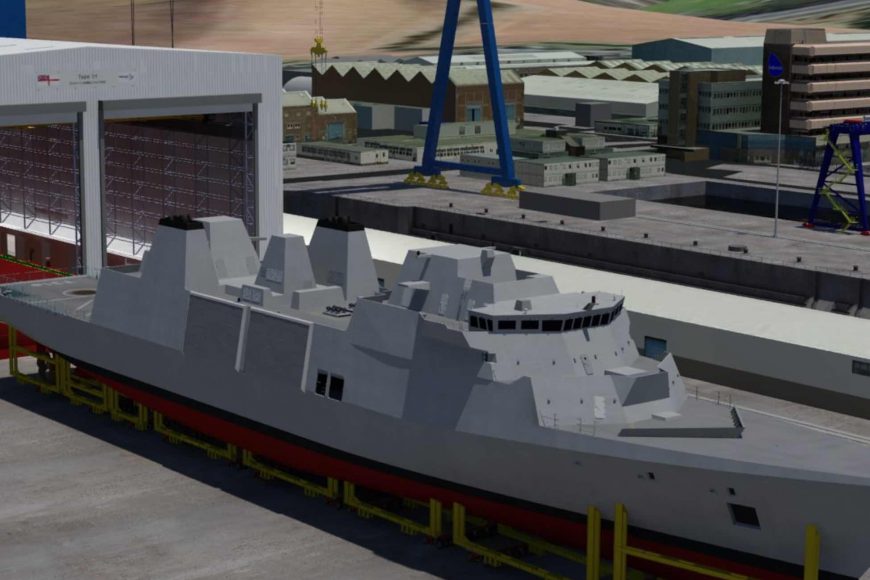 This week, the UK Government finally published its long-awaited Integrated Review of Security, Defence, Development and Foreign Policy that highlighted ‘building ships in Scotland’, and a commitment to move away from a previous policy of ‘‘competition by default’.

The IR said the new Multi-Role Ocean Surveillance Ship would demonstrate the UK’s ‘more integrated approach in practice’ with the vessel being tasked with protecting critical national infrastructure at sea such as undersea cables and ‘improving our knowledge of the maritime environment.’

The document also said spending would ‘deliver’ the UK’s plans for eight new Type 26 Frigates being built by BAE Systems and five new Type 31 Frigates that are to be built by Babcock.

In a statement, Babcock – makers of the Type 31 Frigate – told Naval Technology: “We welcome the themes of the Integrated Review, including the recognition of a shift to a more technology and innovation-based defence strategy.

“It’s also good to see that there is a clear aim to build on the UK’s relationships with key partners such as France, Australia, Canada and New Zealand; all countries in which Babcock has defence operations today.”

The IR also promised to implement a new defence and security industrial strategy – set to be aligned with the Government’s plans for growth. On this, the document reads: “It will constitute a more strategic approach to our core industrial base, from building ships in Scotland and armoured vehicles in Wales to manufacturing aircraft in England and satellites in Northern Ireland.”

The document also said the UK would move away from the 2012 ‘competition by default’ policy to prioritise ‘UK industrial capability’ where necessary for national security or operational reasons. 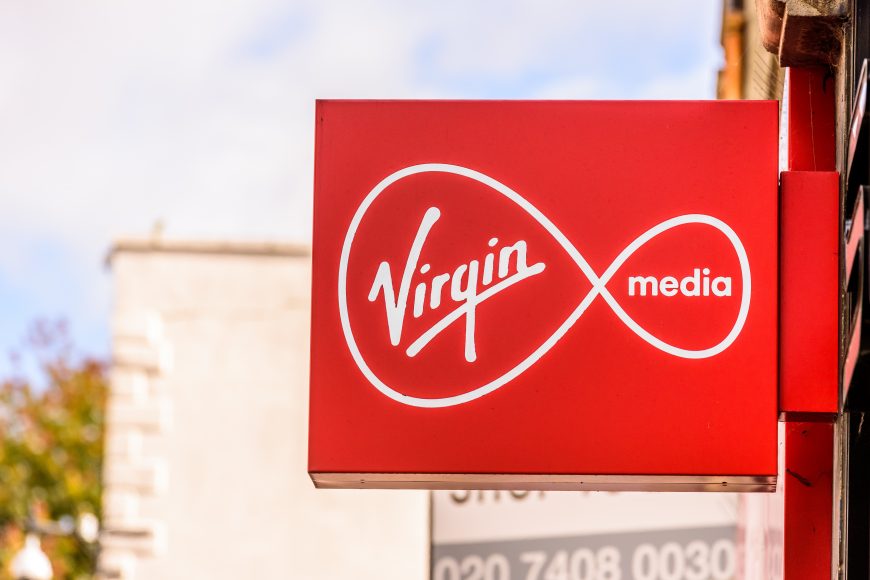 Virgin Media is trialling Infinera’s XR Optics technology with the possibility of using it to deliver multi-gigabit speeds to customers.

“Our next-generation network already offers gigabit connectivity to more than seven million homes, but with data use and demand for hyperfast speeds surging, we’re continually investing in our network to prepare for whatever the future brings.

Innovations like this ensure our customers continue to benefit from the UK’s fastest widely available speeds, pave the way for future network upgrades and help support the rollout of multi-gigabit broadband and mobile services.”

The upgraded transceivers use standard passive fibre optic access network (PON) technology which means they can be remotely configured and enable the network operator to make changes in the future.

Virgin Media installed Infinera’s technology in Reading and found the equipment – which can be plugged into the existing network – was able to reach transfer rates of up to 400Gbps in a single fibre.

“The trial with Virgin Media provides a solid proof point that Infinera’s XR optics technology can be seamlessly applied to existing networks.

This represents a radical shift in the way networks can be built, promising a more flexible and sustainable way to meet the ever-increasing need to transmit more data at higher speeds.”

The latest trial follows on from one Virgin Media conducted in 2019 where it achieved 10Gbps symmetric broadband in Papworth, Cambridgeshire. Virgin Media’s latest trial blows that away by proving its PON network can achieve 400Gbps.

With data consumption rapidly increasing, a trend which is only expected to gain further pace as more 5G traffic is carried to-and-from masts, trials such as this one will be vital to support growing demand. 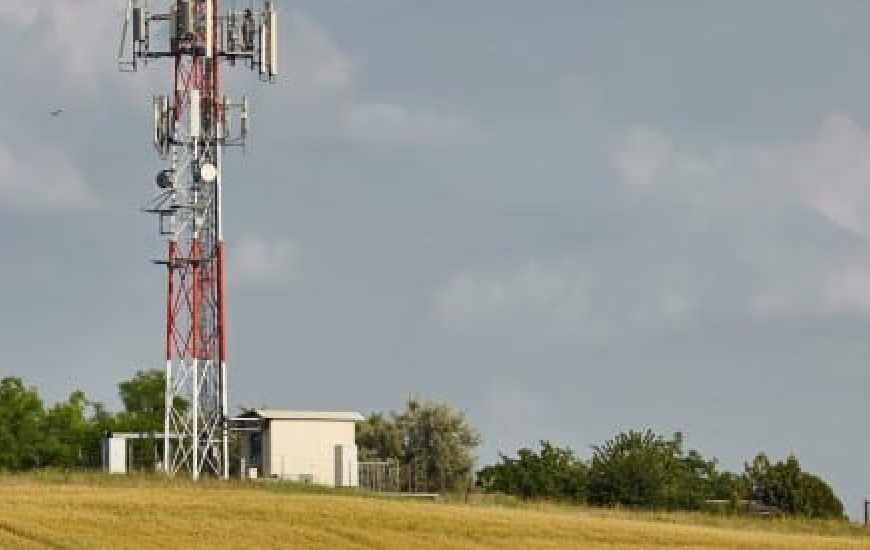 A year after it was announced, the Shared Rural Network programme took one step closer to actually happening with the publication of a transparency notice.

Leaving aside questions about why it took a year to draft, you may also be wondering why a such a thing is a prerequisite at all. The answer lies in the UK’s new trading relationship with the EU, following its departure from the bloc. This kind of state aid would previously have required a green light from the European Commission and, while that’s not longer the case, we are still bound by the terms of our new trade agreement.

One of a cornerstones of global trade is that countries shouldn’t favour their own companies over foreign ones in commercial matters and that, in principle, public money shouldn’t be used to give companies an unfair trading advantage. Of course everyone tries to bend those rules, some more flagrantly than others (cough, China, cough), but that’s tough to do with such a high profile bit of state subsidy as this.

Which brings us to the Shared Rural Network (SRN) – transparency commitment publication. “The Department for Digital, Culture, Media & Sport (DCMS) is publishing information in relation to the SRN programme, as required by Article 3.7 of the UK-EU Trade and Cooperation Agreement (TCA),” opens the document. “This transparency notice provides information on how the programme meets subsidy principles set out in Article 3.4 of the TCA…”

There follows a bunch of very dull bureaucratic legalese, which the European Commission will presumably pore over to see if it can find anything to moan about. “The programme will pursue better coverage to remedy market failures in a proportionate way, and how the subsidy will mitigate any negative effects to EU–UK trade and investment,” concludes the press release in anticipation of EC meddling.

“The Shared Rural Network is a key part of the government’s infrastructure revolution to level up and unlock new economic opportunities in every corner of the UK,” said Minister for Digital Infrastructure Matt Warman. “Mobile firms are making great progress boosting 4G services in countryside communities as part of their side of this landmark agreement. With the publication of this notice, we shall now push on with making patchy or poor coverage a thing of the past as we build back better from the pandemic.”

Hopefully. It’s not clear whether or not we need to wait for the EC to respond to this publication before going ahead with the subsidy, but that could take years. Beyond telecoms, the way this is handled on both sides of the Channel will set a precedent for the new trading relationship. Let’s hope the EC does a better job than its abject performance over the matter of Covid vaccines. 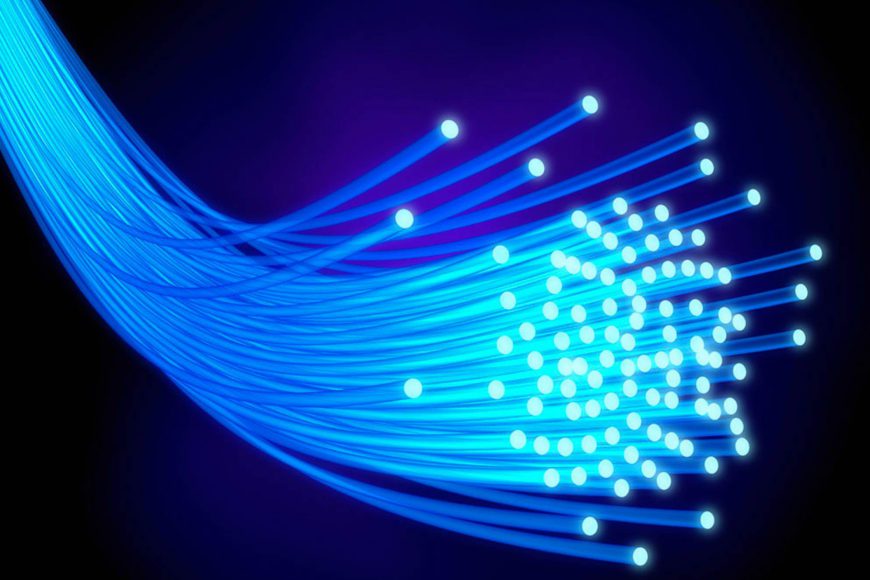 CityFibre has identified 216 additional towns and villages that are to benefit from FTTP rollout, completing the list of locations in its £4 billion nationwide investment programme.

The locations selected will see CityFibre extend its networks to much smaller conurbations, bringing FTTP to communities outside the UK’s major towns and cities. These new rollouts will reach in excess of 3 million homes and represent more than…